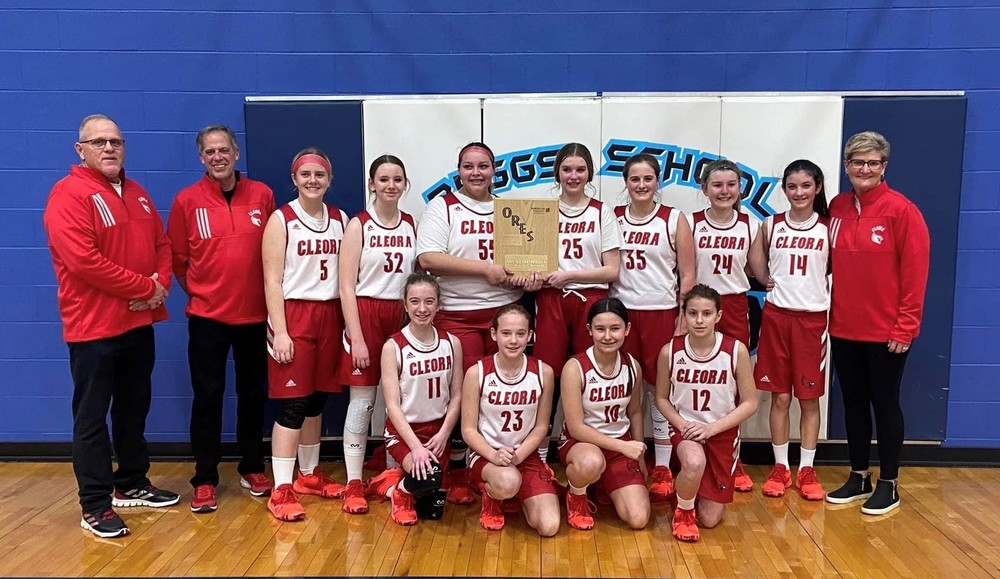 Congratulations to our 7th-8th grade Girls Basketball Team for being the ORES Division 3 North Area Champions and earning their ticket to the STATE TOURNAMENT!!

They now head into the state tournament with an impressive 19-1 record and hopes of bringing home another state championship for Cleora. The tournament starts this week and takes place in the Shawnee, OK surrounding area. In the quarter-finals our girls will face Dahlonegah, who come to the tournament as the East Area Runner-Up. The bracket can be found HERE.

Good luck girls, we are proud of you! GO CARDINALS!!